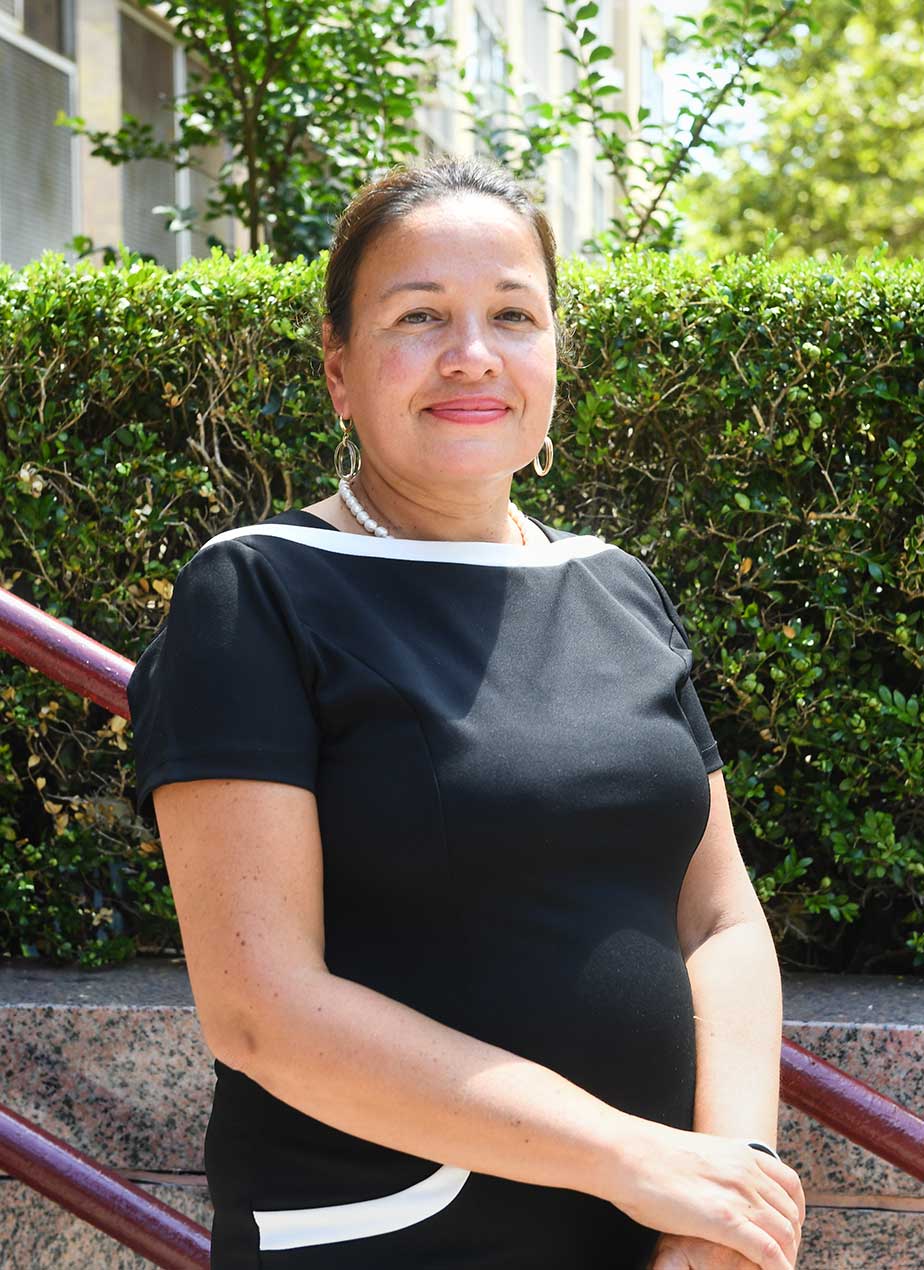 We are so proud of our President and Principal Providencia Quiles for being awarded the Lead. Learn. Proclaim (LLP) Award by the National Catholic Education Association (NCEA) as an outstanding leader in Catholic Education.

The NCEA announced nine recipients of the 2021 LLP Award, highlighting the outstanding work being done in Catholic education communities across the country. This year the honored individuals are educators, principals and pastors entrusted with the faith formation of our Catholic school communities.

“Catholic schools offer an education that combines Catholic faith and teachings with academic excellence,” said NCEA Interim President/CEO Kathy Mears. “We draw on the Church’s long tradition of educating the whole person: mind, body and spirit. This is done as a community pursuing faith, truth, beauty, goodness, wisdom and virtue. These leaders are the core of our Catholic school education system and serve as inspiration to all of us working within the framework of Catholic education.”

Mrs. Quiles began her career in Catholic schools as a substitute teacher after a business career. She was offered a full- time position at Most Holy Trinity in Brooklyn, teaching math and science to sixth, seventh and eighth graders until her friend, Mr. DeSimone, suggested she interview at his school, Nazareth. She took the position as a ninth grade English teacher and after three years became the assistant principal of academics. Two years later she was asked to apply to be the principal.

In her first year as principal, the Nazareth Board of Trustees announced that the school would be closing its doors in June 2011. An impromptu assembly of more than 850 angry and passionate students, parents, coaches, faculty, administration and alumni got to work. Staff, select parent advisory members and especially Sharon Patrick, “our angel,” and Ms. Quiles created and executed a “Save the School” campaign to meet the board-stipulated three benchmarks: 1) Raise $700K; 2) Enroll 80 students; and 3) Create a specific plan for the future of Nazareth. Nine years later, Nazareth continues to educate 99 percent minority students in inner-city Brooklyn with a 100 percent graduation rate and 98 percent of students college bound.

NCEA recognized these esteemed awardees of the 2021 Lead. Learn. Proclaim. Award with a virtual tribute each day of NCEA 2021, April 6 – 8.

Pay your Registration Fee via Credit Card or PayPal using the button below.

I would like to call your attention to the following procedure. Any student requesting the release of his/her academic records, which is necessary in order to complete his/her application to any college, must return a signed release form to the Guidance Office.

Please feel free to call me if you have any questions about this, or about anything to do with the college application process. I look forward to working with your child as he/she applies to college and welcome the opportunity to talk with you either on the phone or in person.

Khaki or black dress pants are to be worn at the waist with a properly fitted length, which can be purchased at any store; NO denim, NO stretch fabric, or NO cargo pants permitted. Girls are not permitted to wear leggings or jeggings. Plain black belts must be worn, no designer belts or buckles are permitted.

Nazareth white logo dress shirts are to be worn Monday through Thursday and must be tucked in and ironed. No plain white shirts can be worn. Boys must wear tasteful ties and ties are optional for girls.

Nazareth polo shirts can ONLY be worn on Fridays or at the discretion of Administration. The polo shirts are maroon, pink, or gray (long or short sleeve with the NRHS logo).

Students have the option of wearing the Nazareth V-neck sweater, cardigan or blazer. Students must wear a shirt or sweater with the Nazareth or NRHS logo at all times.

Black dress shoes must be worn. No metals/logos or different colored soles are permitted. Absolutely no boots, sandals, open toe, or high heels (over 1”) may be worn. Neither Uggs nor Crocs are permitted. No Coach, Prada, Balenciaga, branded shoes, etc. Sneakers can ONLY be worn for gym.

Uniform black pleated skirt is to be worn at the knee, but no more than 2” above the knee. Girls can wear their choice of socks, leggings, pantyhose or knee socks at the discretion of Administration.

Students’ hair must be neat, well-groomed, and maintained.

During the year, students are permitted to “dress down” and “dress up” for various occasions such as school trips and special events. The following policies pertain to acceptable attire that can be worn:

Nazareth students have the opportunity to earn 50+ college credits through our partnerships with St. John’s University, St. Joseph’s College, and Long Island University. Successful students can transfer these credits to the college of their choice in most cases, thus starting ahead of other students when beginning their collegiate careers at campuses across the country.

Nazareth students can earn credits through enrollment in the following Nazareth classes:

Students can take classes on the campus of St. Joseph’s College. Possible classes include:

Nazareth students also have the opportunity to participate in the Long Island University Early College Scholars Program, which enables them to earn up to 30 credits by taking college courses on the campus of LIU Brooklyn. Courses are offered in Arts and Sciences, Education, Health Science and Technology.

Nazareth uses a numeric system of grading with a range of 50% to 100%. Passing grade for all subjects is 70% or higher. Advanced Placement courses are weighted: the course grade is multiplied by 1.06 to determine both grade point average and class rank.

Students can also earn credits based on their performance on AP exams in the following classes:

Sample Programs for our students year by year are as follows:

Scholarship opportunities are available to incoming freshman only. Nazareth offers scholarships based on the student’s TACHS exam results and middle school achievements. If a student did not take the TACHS test, he/she can register to take Nazareth’s Private Scholarship exam. Contact Ms. Michel at 718-763-1100 ext. 227 or smichel@nazarethrhs.org to schedule this exam. The fee for the exam is $50. The student must register for the exam and bring their middle school grades (6th, 7th, and 8th grade) to be considered for a scholarship.

The Nazareth Catholic High School Scholarship Program (also known as “NAZ CARES”) was initiated to aid Catholic elementary school students who wish to attend Catholic high school, but lack the financial means to do so. The Principal at the Catholic middle school will nominate one student per year.

An interview appointment must be made with the Director of Admissions; a parent/guardian must attend this meeting. Transfer students must present a school transcript, last report card, a letter of recommendation and a discipline report when attending this meeting.

Nazareth RHS offers a TACHS preparatory course for this exam over a five-week Saturday morning schedule, preceding the examination in November, at a nominal fee.

Here are your steps to becoming a Kingsmen for the class of 2024! Register for The Catholic High School Entrance Exam at www.tachsinfo.com (Cost $65).

Friday, October 23, 2020 – Deadline for internet and telephone registration. No late registration or walk-in process this year.

Wednesday, January 13, 2021 – High School Acceptances will be mailed out

We use cookies on our website to give you the most relevant experience by remembering your preferences and repeat visits. By clicking “Accept”, you consent to the use of ALL the cookies.Accept